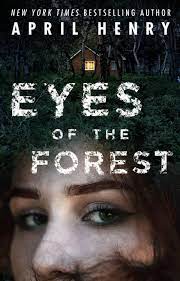 So it is a real thing. Not being able to write. And R.M. Haldon’s got it bad. So bad that maybe he needs to think outside the box to get something written, anything written to finish up his epic fantasy series, Swords and Shadows. After all, he has fans waiting, and waiting and really waiting for him to tie up all those loose ends. So why can’t he, when the first books came so easily to him?

Bridget, his assistant, knows that he is stuck, but she’s sure that he will be coming around soon. Or she at least hopes he will. Still, she has no trouble re-reading all his other books in the series. It keeps her going. And it feels like a connection she still has with her mother who died from cancer. After all, reading the books together was their thing. Still, it is strange that Bob (as she calls him, since that is his name) hasn’t been contacting her as much lately. Or at all. Typically when he’s writing, he likes to check in with her. And as crazy as it seems since she is a teenager, she really is an amazing assistant because she knows all of his books, inside and out, and can help him keep the continuity of the stories going. So what is going on? Is he really writing, or has something happened to him? And if so, is there anything Bridget can do to help him?

Eyes of the Forest by April Henry is a look at just how far some people will go to get what they want – even if it is the end of a series book written! As is typical for Henry’s stories now, this book has multiple points of view, which helps to move the story along. But, as with the last Henry book, she is beginning to focus a lot on inserting lots of information that she’s learned as the author into her books, and at times it can be a bit distracting from the pace of the book. Still, if you are looking for a mystery, it is hard go wrong with an April Henry book.